When Peter Berkin first contacted us about supplying a couple of folding doors to his house we had no idea it was going to be such an interesting project and journey.
The initial meeting around the kitchen table was informal and fact finding on both sides. Peter and Chard explained they were building a new house in their large garden and that the build would be filmed and featured on Grand Designs.

It was quickly realised we had so much more to offer than a couple of bifold doors and working with Peter’s architect we came up with a compliant spec for the rest of the glazing also.

The circular design of the building is quite unique and the main entrance and 3 extremely large picture windows are the first sign of the spectacular building you are about to see. 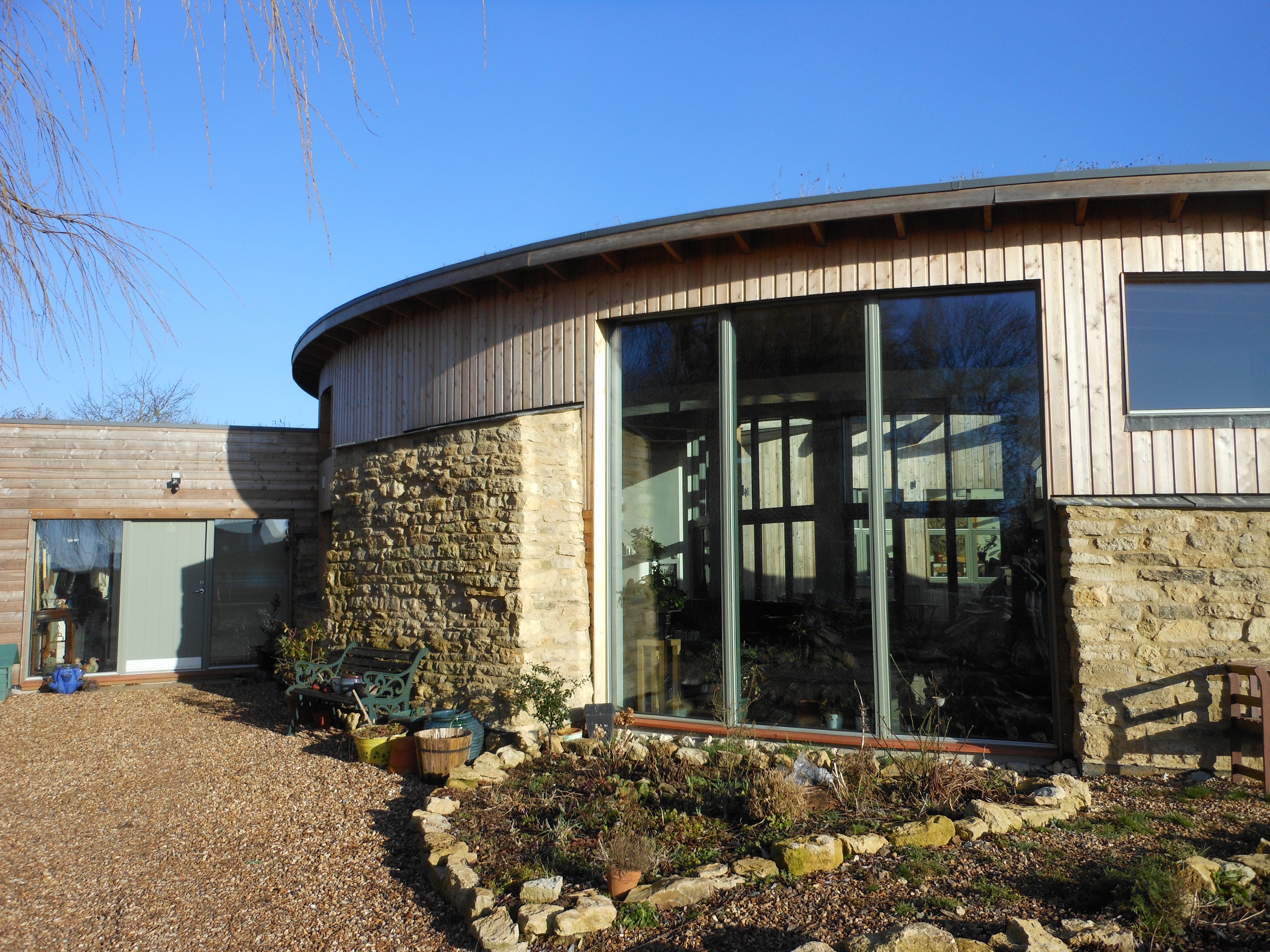 The central courtyard which is the most impressive, features at its centre, 4 sets of triple glazed bifold doors with angled fixed triple glazed elements above, as the building spirals upwards. The design of the brackets to support these windows was, in itself, quite a challenge. 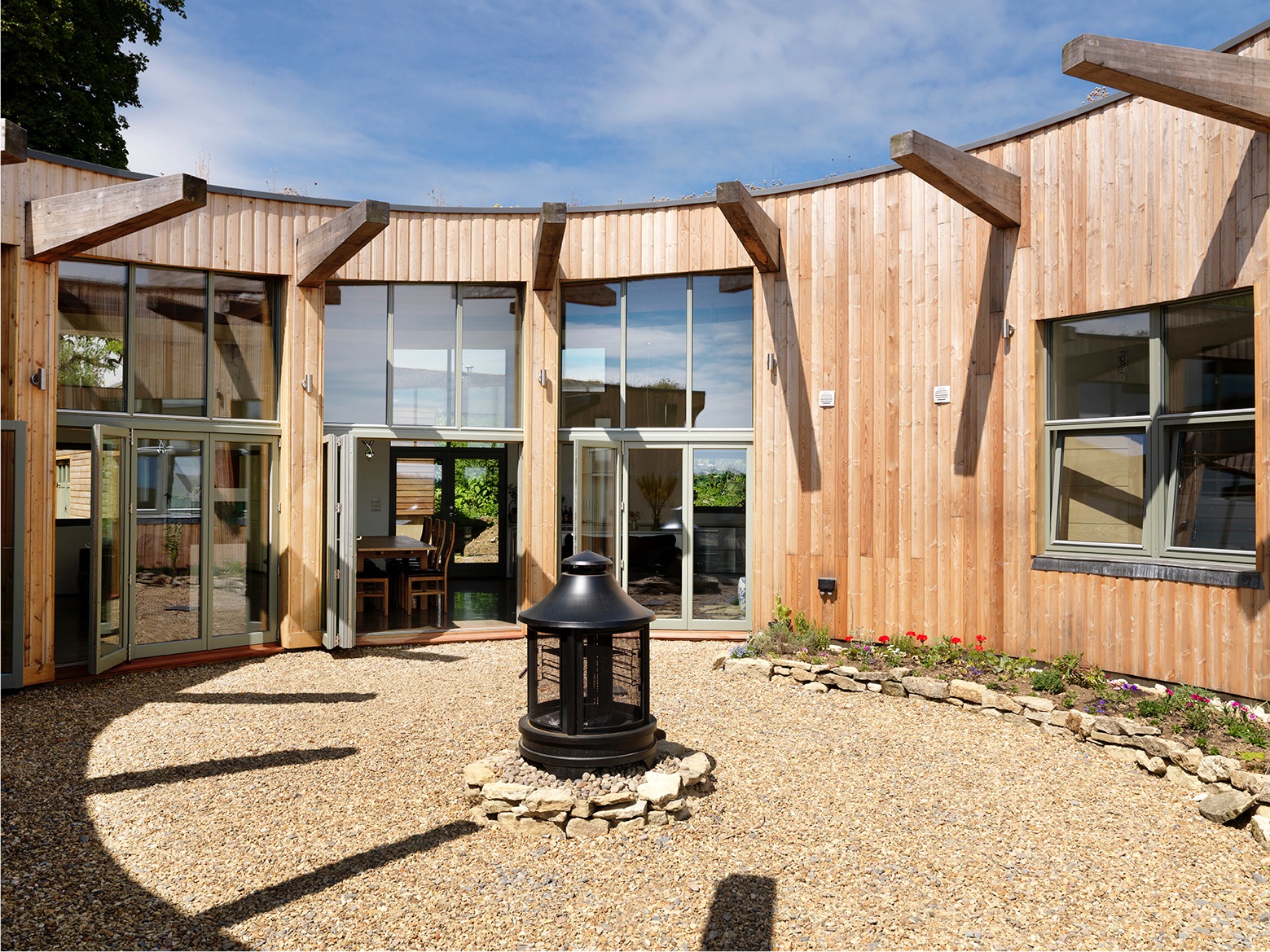 The glazing featured is a triple glazed Scandinavian pine system, powder coated to the exact RAL colour required by the client and featuring both fixed and opening elements. Most of the opening elements are tilt and turn for excellent ventilation and easy cleaning but on the end of the building are some extremely large windows needing special design intent. 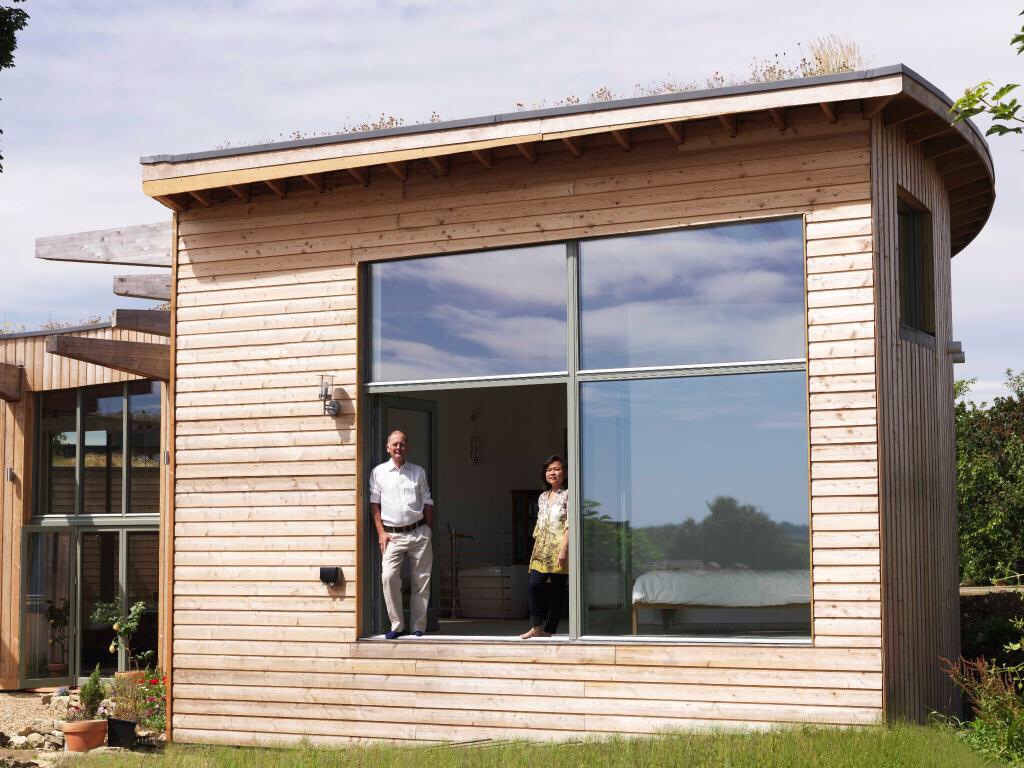 Here the wind load has to be dealt with by the frames and so a steel plate was introduced between the frames to cope with the static wind load. There is also a set of inward opening double doors to take maximum advantage of the view over open fields (we won’t mention the housing estate that sprung up!).

This was both a challenging and rewarding project to supply, as the finished building is beyond our expectations and the clients were, after Chard’s initial hard fought negotiation which would have been at home on a large contract in central London, great to work with and understanding of the things that do happen inevitably on a building site (one of the picture windows arrived with a cracked glass). 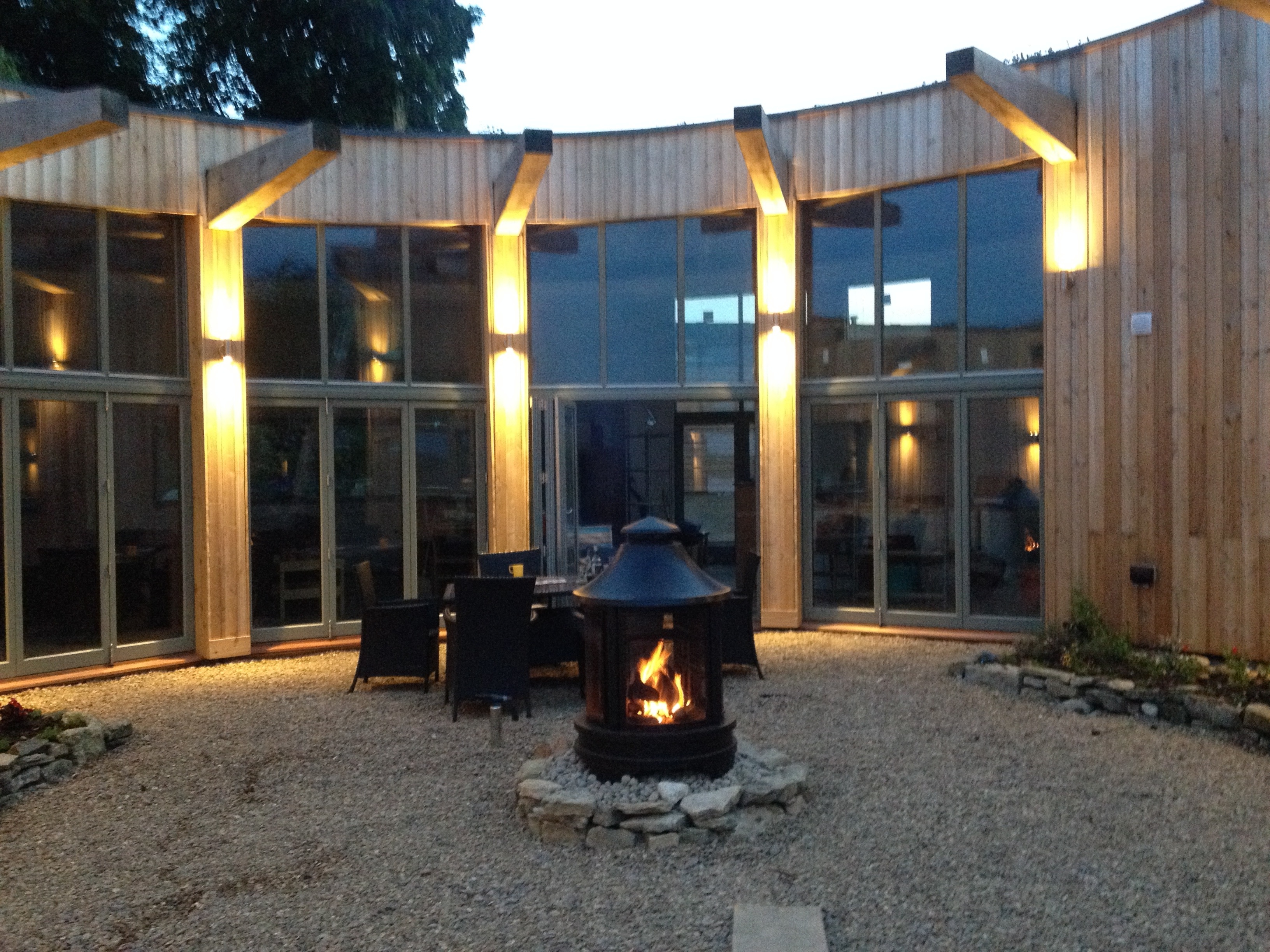